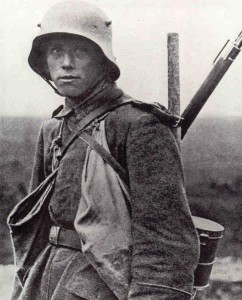 100 years ago Europe went to war, and millions of entrenched soldiers faced hunger, battles, wounds and death. Rhetorics call them heroes. History books mostly relate of numbers, generals, victories and defeats. But who were those men who spent the prime of their life amidst the horrors of war? With a handful of carefully selected documents, this project will try to look under the uniforms and show these soldiers for what they really were, withouth any ideological framing.

„Stimmen aus den Schützengräben“ is a short radio show aired on several Austrian community radios. Each episode lasts about 10 minutes and features a small collection of interviews, letters, journal entries, poems, novel passages… A century later, these men will have the chance to let their long lost voices be heard again.

⇒ in January 2015 Stimmen aus den Schützengräben has been awarded the Radiopreis der Erwachsenenbildung in the category „short programmes“. ⇐